Who would have thought just a few years back that you would ever need anti-virus software on your phone? Phones were simple devices for making calls and sending messages, while viruses were simply the reserve of desktop computers. But as the line between mobile phones and computers has been blurring and the general public expect their smartphones to do more and more with each passing month, these little pocket computers have become tantalizing targets for malware developers and would-be cyber criminals.

It is probably fair to say that the biggest threat is posed to Android smartphones. Apple manages to maintain dictatorial control over what is allowed into the iPhone ecosystem, but anyone can publish and submit apps the Google Play with virtually no vetting involved. Even if an app is turfed out of Google Play for being malicious, there are plenty of third party app repositories online that can wittingly or unwittingly host infected Android apps. 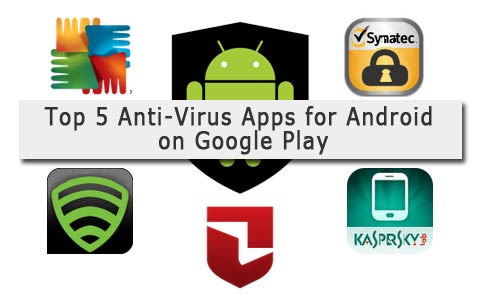 There are a number of ways to protect your Android device from infection. Sticking to trusted apps and app developers is one way, but that will result in a fairly limiting app experience. Being cautious of the permissions that apps are granted is always advisable. Does that Lindsey Lohan picture viewer really need to be able to read your messages and connect to the internet? In some cases these permissions will be fairly innocent, but you should always use your own judgement.

Not only is Android malware a big problem but it is continually getting worse. Incidences are increasing exponentially, and malware developers are constantly discovering new ways to compromise the Android ecosystem for their benefit and your loss. One of the best ways you can protect yourself against such malicious apps is the use of an Antivirus app. But which are the best antivirus apps to consider?

AVG not only protects against malicious apps but it will alert you to insecure device settings, help you with locating a lost or stolen phone, allow you to remotely lock your device and set up a lock screen message for whoever finds it, and also includes safe web browsing alerting you to phishing scams and malicious websites.

Kaspersky can protect against malicious apps and also allows you to remotely lock or wipe your Android phone, in the event of it being lost or stolen. Kaspersky offers a privacy protection feature and can also allow you to block calls and SMS messages from particular numbers.

Most PC owners will be familiar with Norton as it is often included with new computers. While the Norton Mobile Security app is free to download it does require a subscription, and unfortunately the app is not included for users of the desktop antivirus software.

However, the subscription fee is worth paying for what Norton has to offer: protection against malicious apps, a remote lock feature and phone locator, remote wipe of personal data, call and text blocking, and protecting against phishing scams online. Norton will also alert you to security weaknesses that could be exploited by cybercriminals. Norton Mobile Security also includes a novel “scream locator”: send a text message to your misplaced phone and it will let out a loud scream to help you find it.

Lookout is a popular Android antivirus app that has won numerous awards, including CNET’s “must have app”, PCMag’s Editors’ Choice, was awarded 5 stars by PC World and featured in TechCrunch’s Top Ten Best Free Apps.

Lookout protects against malware and trojans and can scan new apps as they are downloaded, alerting you to any potential danger before it is installed. Lookout can run scheduled scans every day or week, and also includes a phone location service. You can also choose to have your personal data backed up online so that you can easily transfer it to a new device if your phone is lost or stolen.

Advanced features in the paid version include anti-phishing protection online, remote lock and wipe of your phones data, and an advisor which will inform you if apps are being granted permission to access messages, call records and other personal information.

While the other antivirus apps on this list include free and paid versions, Zoner is completely free. Zoner includes many features that are reserved for paid versions of other antivirus apps, including parental locks, theft protection, an app permissions viewer, remote control and device location and blocking of messages or calls from certain numbers.

There are of course plenty of other antivirus apps for Android and as the threat of malware increases so will the choice for protection. At present, these are some of the better and more trusted antivirus apps available from Google Play.

WPTidBitshttps://wptidbits.com/
Owner of WPTidBits. Totally in love with WordPress!
Previous article
Different Ways and Useful Apps to Solve Metric Conversions
Next article
What To Expect In iPhone 5