Have you ever imagined looking all around through your visual field with few data superimposed and virtual captions that enhance the scan of your eyes? Just by few gestures and voice controls you can interact with what you see, update your social status, find your way through maps, make voice and video calls, and lot of other things that we can imagine. Follow us to see more what this is about. 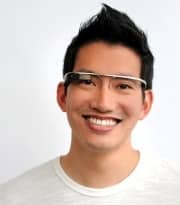 Recently, started on April 2012, Google has started testing a futuristic product called Project Glass. It is a research and development program by Google to prototype and builds an augmented reality head-mounted display (or HMD). The New York Times reported that the glasses would be available to the public for “around the cost of current smartphones” – $250 to $600 – by the end of 2012, but other reports has stated that the glasses are not expected to be available for purchase soon. Google has patented the design of Project Glass, the augmented reality (AR) spectacles. The intended purpose of Project Glass products would be the hands free displaying of information currently available to most smartphone users, and allowing for interaction with the Internet via natural language voice commands, in a manner similar to the iPhone application Siri. The software powering the glasses will be Google’s Android operating system. (Wikipedia)

The same mission also will be leading towards the use of Augmented Reality in contact lens. The same technical lead of Project Glass, Mr. Parviz, who is also an associate professor at the University of Washington, specializes in bionanotechnology, which is the fusion of tiny technologies and biology. He most recently built a tiny contact lens that has embedded electronics and can display pixels to a person’s eye.

Whether these two projects can be a reality or not let’s just wait and see. Before that, enjoy this promo video of “Augmented Reality Goodle Glass – Project Glass: One day..” and tell us what you think.

Check out our previous post on Augmented (Hyper) Reality.