Everybody is asking how the Iphone 6 will look like. Iphone 6 is touted to be the best Apple Smartphone by far, and news about its potential features keep Apple fans excited, including wireless charging, waterproof chassis, Sapphire Crystal Display and support for Near Field Communications (NFC). Despite how hard it is to try to imagine what will be an iPhone 6, which in all likelihood will not appear before September 2014, here we bring you some of the features already discussed by the network.

One of the things that Apple has accustomed us is to renew the design of all its iPhone every 2 years, in this way, the model opens the generation gap and is lucky to wear the new look of Cupertino. So if we start by stating something, is that the iPhone 6 will have a new design. But what would it be?
The only evidence we have and sheds of light on what could be the new design of the iPhone 6 is an Apple patent published a few months ago. According to which, the new apple smartphone incorporate a fully curved screen, but not only be reduced to the screen, but the entire device itself would take an oval shape. 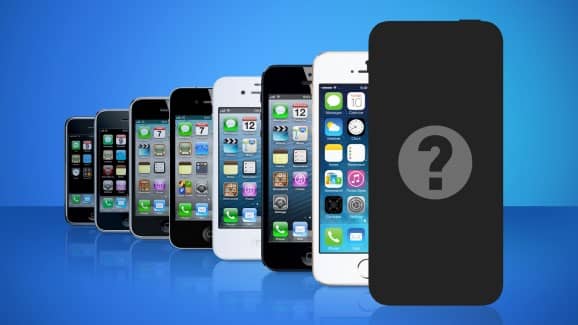 This inevitably leads to the next point: a new size for the screen. Although Apple has stated on numerous occasions that will not increase the screen so great if this hurts the user experience, Tim Cook has never quite come to dismiss that possibility. How could include a new screen without increasing the size of the iPhone? It can be done Easily by eliminating the edges.
One of the most sublime concepts we’ve seen so far on the iPhone in June showed precisely that idea, a screen that extends to the side edges thereof while reducing the size of the upper and lower frame. It also said that the new IPhone 6 will be available in 2 screen sizes: one of them will go up to 4.7 inches and the other one of them will measure 5.5 inches.

The most powerful and the fastest

No rumor about the technical specifications of the future iPhone 6, but does anyone doubt that the device will be more powerful and much faster than previous? If the iPhone 5S inherits the chip A6X iPad 4 as it did in its day the iPhone 4S, the most normal thing that the iPhone 6 will incorporate an A7 chip with more cores, more power and processing speed.

The most important thing most of the users look forward for is the battery system and Iphone carries the highly eligible and transformed battery. One of the things I would hope the vast majority of users is that Apple will revolutionize the world of batteries. They run out once those frantic races to get home and put the charger on our iPhone because it is dying. A while ago, Cupertino revealed a patent showing the hydrogen-based battery, an energy that could allow autonomy for days, even weeks. Will it come with the iPhone 6?
Another aspect that could be refurbished battery related is the way how it charges. Again, if we look at Apple’s patents, we observed that the company is already working on a wireless charging system for our iOS devices.

So far, this are some of the features that you can shuffle about the future iPhone 6, but as I mentioned at the beginning, everything is based on patents and recurring rumors, so we still have a long wait to see if they are confirmed or not.

WPTidBitshttps://wptidbits.com/
Owner of WPTidBits. Totally in love with WordPress!
Previous articleMarketing campaigns which led to a change
Next articleTips to Be a Great WordPress Developer