IT can now manage RIM, iOS and Android from BlackBerry Mobile Fusion

On Tuesday Research in Motion unveiled its IT solution by the name of BlackBerry Fusion which is now available for use publicly. Through this new launch of Mobile Fusion, RIM aims to assist business IT administrators and make working with a number of smart devices easier. With BlackBerry Mobile Fusion the IT specialists will now be capable of managing a large variety of smartphone’s and tablets from one single central software. This new system is said to be capable of handling BlackBerry Smartphone’s as well as Android and iOS smart devices. Though this is not the first launch of the software and this offer was also seen back in November. Since that time though some minor alteration and changes to the package and deal over all have been integrated. Today the BlackBerry Fusion is available as a free download however this is not considering the cost of the client access licenses. Licenses to go with the software will start from $99 for each user or alternatively can be paid at $4 monthly though the billing for the package is done annually. As it is a fresh software from RIM and the first of its kind, some may not be ready to invest the money all at once, such users may choose to opt for the free trial which lasts sixty days. 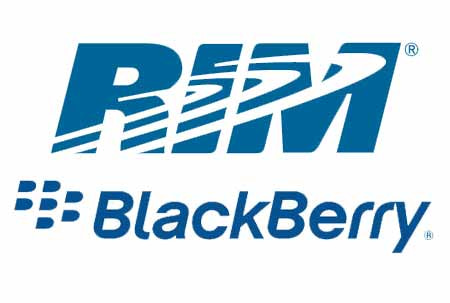 Managing a variety of devices under one roof can be quite a hassle at both, the business or government level regardless of the magnitude. With the BlackBerry Mobile Fusion software all of this clutter can now be cleared up and put into a simple solution. Through this platform taking care of a variety of devices won’t be a problem and will be much easier in terms of both cost effectiveness and resource management. This would also translate into the fact that businesses or governments would no longer have to look for a security solution which is common in all the platforms. By employing the BlackBerry Fusion managing BlackBerry, Android and iOS devices can be done more personally with each device, managing them all individually from a unified software. RIM went on to mention the new functionality that this software with provide users. The BlackBerry Mobile Fusion makes use of the Blackberry Enterprise Server 5.0.3 for more complex and advanced IT management and will also be providing a single outbound security connection. It will also introduce the BlackBerry Balance technology which in itself will be a big leap forward. Not to mention over-the-air capability for software and application installation on all of BlackBerry’s smartphone’s. This list of compatible BlackBerry devices is inclusive of the upcoming BlackBerry 10 devices together with the PlayBook tablets.

The BlackBerry Balance software is formulated specifically to make a single BlackBerry device useful for both work and personal use without the danger or threat of compromising any sensitive corporate data. This is an interesting feat with is now achievable through BlackBerry Balance software and this simultaneous functionality is achieved by a rather simple solution. By simply having the users log in to a corporate network via person specific log in credentials, just as they would for any other account, corporate information can be segregated and once logged in they can make use of the corporate network and or resources.

This new release has been brought forward under the management of the new CEO Thorsten Heins. After Jim Balsillie left RIM to take a different route the firm did mention that it would be now focusing on the enterprise customer base more so than individual users, the BlackBerry Balance is a result of this change.