For the purpose of web development, it is essential to have the knowledge of some of the very basic things about it. The technologies that help in creating a site work as a tool to make the site develop successfully. The content and the code of a website are of huge importance in its creation as they narrate the events to the main search engine. The vague and blurred content is misinterpreted and not understandable. The effort should be made to make everything clear to the search engine.  Following are some of the main Microsoft technologies that help in web development. Here we bring you the vast role of Microsoft technologies for web development. 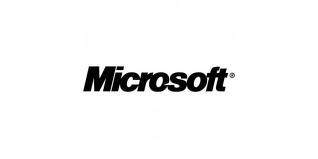 HTML is used in the development of websites, stands for Hypertext Markup Language. As the markup language explains what the thing will look like when displayed, HTML, being a markup describes what to reveal and mention of web page.

The changes and variations taking place in the text, color schemes, font size and other specifications are due to CSS, i.e. Cascading Style Sheet. This also helps to change the overall themes of the web page front. The entire site can be given a new look according to its background and purpose through CSS. The elements can also be disguised and changed due to CSS.

ASP refers to a Microsoft technology based on script used to develop a reliable Web site. It stands for Active Server Pages and generally is able to be processes only in windows web servers. ASP is not a huge model and therefore it is easy to get and understand.  It is introduced by Microsoft as a substitute of all time CGI processors. ASP has a code which is mentioned on the HTML pages with the .asp extension name but is not visible to the viewers.  Now, the ASP.NET has taken more places in the webs.

READ ALSO:  How to Increase Clock Speed of Computer
- Advertisement -

It is the latest modified form of ASP. The .NET Framework is responsible for mentioning the code of ASP.NET. The websites and its applications can be developed with the help of this technology ASP.NET but for that it is essential that the latest version of .NET framework is installed.

Internet makes use of Java which was developed in the 1990’s by Sun Microsystems. it is a programming language based on objects. It was used to make the web pages look dynamic and classic. The animations given by the web developers appearing on the web page is due to Java.

WPTidBitshttps://wptidbits.com/
Owner of WPTidBits. Totally in love with WordPress!
Previous articleBlogger vs WordPress Analysis
Next articleWeekly Inspiration and Web Design Resource no.22, 23 and 24