In numerous parts of the world, rural people seem to be deprived of various facilities that urban people enjoy on a daily basis. One such facility is instant access to high speed Internet. Some people from urban areas do not even think about it because they perceive that people living in rural areas simply do not need anything more than the basic necessities of life. 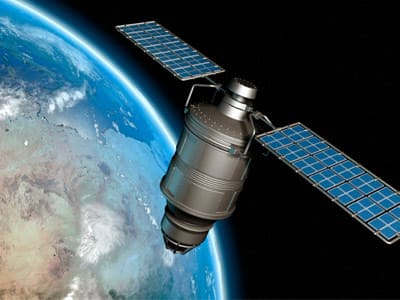 People in rural America used to feel disappointed because they could not access fast speed Internet. Unfilled promises from cable companies as well as phone companies hold a significant responsibility for their disappointment. Obviously, Internet service providers will prefer to offer Internet connection to only those areas where they can easily generate revenue. Rural areas are quite far from that.

However, all of this has changed. This is because satellite Internet Service is now there to facilitate even far-flung rural areas. The Internet experts are optimistic that Satellite technology will change the lives of rural people for the better. Moreover, they do not need to wait for speedy access to the Internet now.

Satellite Internet providers do not need to have cable systems or telephone lines for connecting to the Internet. Rather, they use a satellite dish for uploading and downloading data. It is a two-way communication of data. There are various companies offering this service. Some of them are Pegasus Express, Tachyon, StarBand, and Teledesic.

Satellite Internet service is an excellent option for people living in rural America because they already have access to satellite televisions in their homes for many decades. Satellite companies are now making best efforts in terms of providing high-speed Internet access to their potential rural consumers.

Moreover, there is an opportunity for them to gain the market share of rural America. This is an effective way to beat the competition and increase the customer base too. Satellite companies plan to serve these customers by offering them monthly plans. We can compare these plans with those of cable companies. For instance, they plan to offer them incentives such as free installation so that maximum number of rural consumers can sign up easily.

Satellite companies will not have to create awareness programs for educating them about what satellite technology is and how it is going to provide them access to the Internet. This is because they are already familiar with it. That is another advantage for them to enter an untapped market. As compared to dial-up, satellite Internet service has a speed that is ten times faster.

There is high utility of Internet in rural areas. Its high usage in the future can be evident from the fact that Internet is used by many businesses as well as institutions in rural areas. It simply does not matter that they are rural people. Similarly, relying on e-commerce is the new business technique that rural businessmen look forward to.

Having a grocery store in rural areas will mean that the retailer requires an Internet connection for ordering the supply of grocery items. Similarly, schools and colleges in rural areas need to be competitive in terms of acquiring education. The Satellite Internet service can align their competitiveness with that of the urban students.

Once satellite Internet service becomes common in all rural parts of the world, the Internet will definitely give a boost to the global economy. Due to this, the competition among satellite Internet providers has increased. They look forward to outperform each other by offering their consumers with better services along with affordable prices.

WPTidBitshttps://wptidbits.com/
Owner of WPTidBits. Totally in love with WordPress!
Previous article
Weekly Inspiration and Web Design Resource no.22, 23 and 24
Next article
5 Reasons Why Developers are Gung-Ho About HTML5