Have you ever thought of having other web editor than the plain same feature of Dreamweaver and may be compatible with operating system other than Microsoft Windows? Furthermore, what will it be if they are totally free? If yes, your dream have been long came true. There are many web editors available for users out there. Herewith, we listed six free alternatives of web editor other than Adobe Dreamweaver. 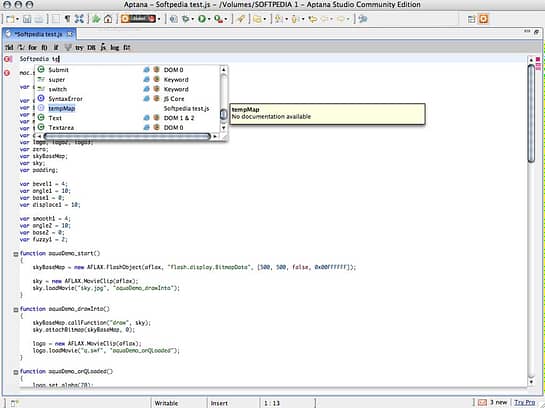 Aptana’s business model is to release the community version for free, then get you hooked into the pro version, however the program itself is a robust environment for building web pages and applications supporting JavaScript, Ruby on Rails, and PHP development. It has great Ajax, DOM, HTML and CSS support and plug-ins for Adobe AIR and Apple iPhone development. Think of Aptana Studio as the Web 2.0 of free web development tools, their site also gives the impression that this is a super slick tool. It has more of focus on people developing for Rails, but is equal as useful for PHP developers. 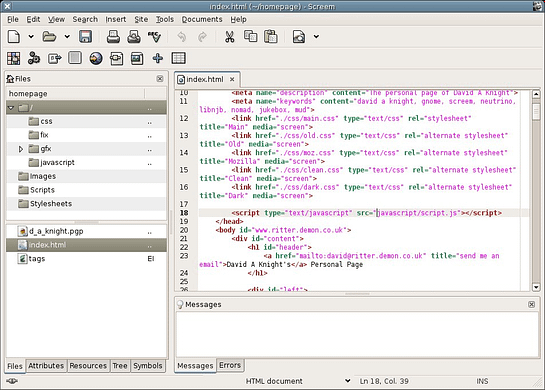 Screem supports only POSIX based OS , it has all the features that you could want in a webpage WYSIWYG editor. It has site support / FTP access, built in HTML structure layouts, thanks to the developers of Bluefish, Screem also provides a complete PHP help reference. The find and replace also support RegEx’s which to those who know what they are doing is pretty neat. 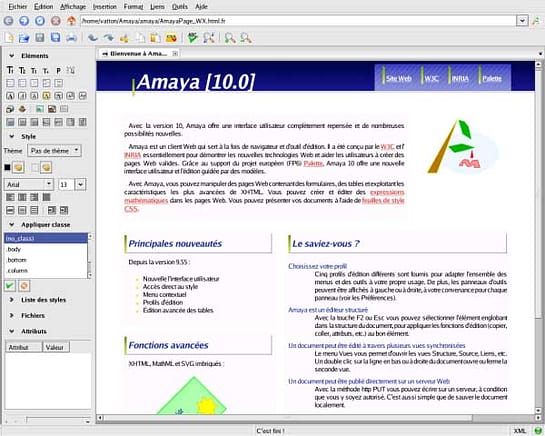 Amaya is the latest incarnation of the web browser and authoring tool from the W3C. As you would expect from the W3C, it has a strong focus on standards, and new web technologies, including SVG image format..(although personally I find SVG as a format complete waste of time) . As well as being a fully featured web page editor, it has the added bonus of being a web browser too, and the program allows you to switch between these “modes” if you want. I’d like to have seen either a site manager, or FTP support built into the editor, one of DW’s strengths is good site management as well as being a good code editor. That said, Amaya has a wealth of options including theming, quick tags and a good css designer. 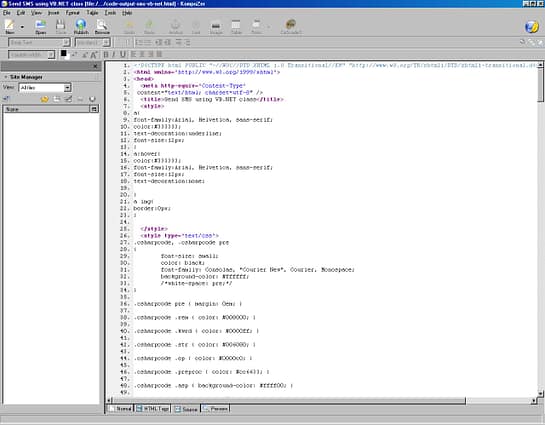 Some of you will know kompozer as Nvu, which grew out of the Mozilla Composer WYSIWYG editor, as a result its rendering engine uses Mozilla Gecko, so you can pretty much expect to see the same things as the Firefox browser gives you, and for those of you who use CSS layouts when developing, this is an absolute Godsend. Develop for firefox, fix for I.E is the way to go. Kompozer also has built in support for FTP, similar to DW in that respect, the download is also surprisingly small for the capabilities of the program – a testament to how tight the codebase is. Simply download and extract and away you go. As well as a fully integrated site manager, Kompozer also shines with its CSS editor. Think of the way Dreamweaver handles its CSS, well Kompozer is alot cleaner, and gives access to a few more less known CSS attributes. There’s also a useful “HTML tags” window, which allows the same functionality as the Web Developer Toolbar for Firefox, outlining all your elements so you can see which part of your code relates to what. Problems I encountered were the support for server side languages. Kompozer doesn’t know how to handle include files, but if you are looking for a good static site editor, Kompozer fits the bill. 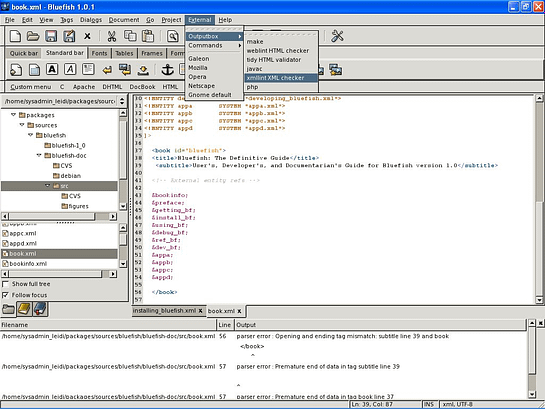 Bluefish is one of the better text editors available for Linux, although it is not as focused on Web development exclusively than some of the other alternatives to dreamweaver listed here. If you are a code monkey on Linux, and need a stable and extremely fast editor, you wont go wrong with Bluefish. They state on their site that the program can open up to 500+ simulataneous documents without so much as a blink, and any of my tests on the program have more or less proven that statement. Not strictly a web editor, but good if you know what you are doing. Bluefish also has syntax support for a number of different programming languages, including the following.. C, Coldfusion, CSS, HTML, Java, Javascript, JSP, Perl, PHP, Python, SQL, XHTML, XML 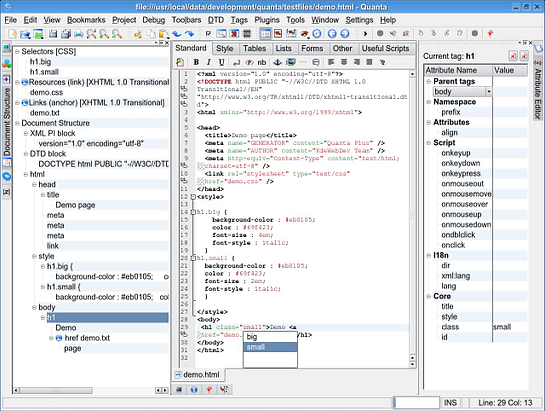 Quanta Plus is steadily becoming a worthwhile competitor to the commercial web editors on the market, the project is steadily gaining a number of open source software developers. Certainly if you use PHP as your main development language it’s going to be very difficult to find a better tool than Quanta. Quanta Plus’s feature set includes multi-document interface, WYSIWYG editing and templates. Among the more advanced features your will find plug-in support and integrated PHP debugging. It also has third party support for revision control, and source control (with teams). It is part of KDE, a Linux distro, so for you Windows monkey’s out there it aint gonna fly.

WPTidBitshttps://wptidbits.com/
Owner of WPTidBits. Totally in love with WordPress!
Previous article
Adding a jQuery Feature to a WordPress Website
Next article
54 Great Websites that Use WordPress