Cable is one of those industries that has been decimated by the advance of online technology. Soon enough, TV will probably be a thing of the past like a book, newspaper, vinyl record or even a non 3-D film. I do not mean this literally, of course, but never-the-less, television just will not be the same. These days, more and more people are flocking to streaming services online and other options. This is because cable has just become too expensive (especially since the recession reared its ugly head) and consumers are becoming too media savvy and are really tired of commercial breaks every 10 to 15 minutes. 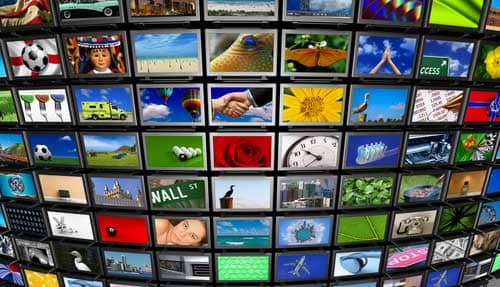 Thus they go online and download or stream their favorite TV and cable shows. No commercials, no subscription fee, no hassle. But, of course, illegal downloading and streaming of TV shows and movies has also become a big problem, and seemingly a problem that can not be regulated or enforced in any traditional manner. There are plenty of options out there for the TV and movie lover, who does not have the money to afford cable, and all the needless programming that they do not like anyway. Instead, you can use the following services and make your own television schedule, which will not be bound by commercials and time slots and everything else that burdens modern TV and cable. Herewith we bring you five alternatives to cable TV.

Netflix has become insanely popular over the last four years or so. Essentially, it is a huge video rental service- with online streaming services and the ability to play from video game consoles and personal computers- that has more or less every movie and tv show imaginable. Sometimes, there is a wait involved, but most people can find something they like in the meantime. It is fairly inexpensive, very convenient and extremely simple to use.

READ ALSO:  How to Create a Successful Facebook Online Store?

Hulu is an online streaming service which offers a much more limited selection of movies, but does have exclusive rights to stream certain shows for some of the big-name networks like ABC, NBC and Fox.

Redbox has been catching on like wildfire these days. If you have been shopping, or even just walking around, odds are you have walked by the bright, red kiosk that is Redbox. It works like a video rental store, except that you only have to pay $1 for a rental, as long as you return the video within 24-hours. The upside is that you can return the video to any kiosk, it does not have to be the one you rented the video from.

Tv networks were way behind the times when it comes to online programming, but they are trying their darndest to catch up. Now, most major cable and tv stations offer streaming services- sometimes for a fee, sometimes for free- through their websites.

Amazon Video works just like Netflix’s online streaming service does, except it allows the user to pay a one-time free and either be able to download a copy of the episodes or movie onto their computer, or at least have access to it for 1 or 2 days.

WPTidBitshttps://wptidbits.com/
Owner of WPTidBits. Totally in love with WordPress!
Previous articleHow to Display Backslash Character in WordPress
Next articleWeekly Inspiration and Web Design Resource no.20 and 21