New Technology: Why it Doesn’t Eliminate the Issue of Security

Ever get stuck wondering what’s going to pop out next in the world of technology? While Nike is busily working to make our dreams come true with Back-to-the-Future-tech auto-lace kicks, anyone who attended this year’s CES (Consumer Electronics Show) has a better idea of where the market for technology is going this year, especially our mobile devices and the implications for security. Though we may have seen some very innovative technology to look forward to, there is still that familiar threat of security that looms above our heads. 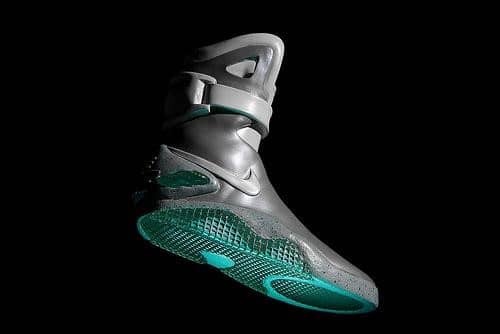 With the release of the 5s and its incredible biometric technology, many believed that this would significantly increase the ease of managing passwords. Unfortunately, analysts are agreeing that we should actually expect to see more mobile malware this year, and for many reasons. While we can continue improving modern technology, cyber criminals will also continue to find new ways to get around it.

Mobile apps are usually the most tempting target for malicious malware attacks, especially now that the given market is expected to grow to more than $60 billion in revenue within the next two years. While Apple controls its own iOS ecosystem of apps to prevent a lot of malware attacks, even banking apps have shown some potential security flaws.

Many businesses today have a strict BYOD (Bring Your Own Device) policy, and by 2018, this policy will represent around 35% of total consumer tablets and smartphones. But now there is the question of a kill switch for these devices, which will prevent a stolen phone from being reactivated. While this might be a solution, the idea has been rejected by the top 4 U.S. carriers and their CITIA trade group as it will be too easy for a hacker to disable the phone.

READ ALSO:  What To Expect In iPhone 5
- Advertisement -

Don’t Take Your Eyes off the Road

If texting and driving wasn’t already dangerous enough, why not add some new tech to the driving experience? It might be a crime of fashion for some, but to others, it’s more of an issue of privacy. While a smartphone-linked display camera placed in the corner of your vision sounds intriguing and revolutionary, the new technology of Google Glass may just hold some dangerous consequences.

Certain states in the U.S. are even banning the use of Google Glass while driving because it poses a safety hazard. Some drivers have even received traffic violations for wearing Glass while driving, but it might not all be bad news for long. A recent app that was released was specifically designed to include Google Glass with the driving technology of the Tesla Model S electric car, which will actually help individuals improve their driving skills.

It’s still the early days of glass, and while having no devices in the car would be the safest way to go, it’s not always a reality. With Google Glass, you don’t need to take your hands of the wheel or your eyes off of the road.

With one solution, comes another issue to solve. Mobile apps can be a great way to keep up with your health, work and bank accounts and Google Glass has revolutionized the world of hands-free, but all this tech comes with a price. I think we can all admit that when our business, PC or mobile is hacked, it can leave behind a very traumatic aftertaste. But as things move closer to home, to your health monitoring and medical records– trying to find a solution can end up being quite costly. Simply put: it it’s connected to the internet, it can be found.

WPTidBitshttps://wptidbits.com/
Owner of WPTidBits. Totally in love with WordPress!
Previous article
Defining Cascade On The Context Of CSS
Next article
5 WordPress Themes and Plugins that will rule in 2014