Edward Snowden, in blowing the lid off the NSA’s surveillance program, raised a wave-storm still rippling underneath the surface of the security industry. Two major questions that Snowden’s expose posed were:

The differences in these often define which data security solution is to be implemented and how.

While Europe has strict regulations in place to implement its data privacy laws, the Americans have been much lenient in comparison. This is a well known data security trend. 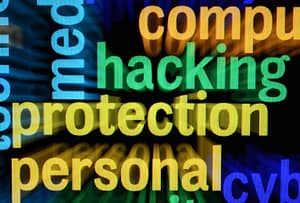 Within the European Union, all companies follow a statute that defines the way they handle their employee information, or any private information for that matter. US companies, in comparison, do little to prevent private data, about their employees being traced over the internet. Instead, the company is primarily concerned about attacks on its own data practices.

Culture and History play a role

Data generation and sharing is a global phenomenon; so why would different geographies react in different ways?

The answer to this is the difference between the cultural heritages. European countries have been known to be more conservative, while the history of US suggests it has been more risk-taking and expansive. Many in the US believe that caution would only stifle innovation. This is evident in the policies the geographies create for their people. While security of personal information is of paramount importance to countries in the European Union, the US doesn’t quite so much as give importance to the same question.

The question of individual privacy rights has only just arisen in the US. The European Union has been subjected to this moment of query half a century back after the Second World War.

As a result, policies in Europe have matured to reflect the concern of the people, while in the US the government is still coming to terms, with having to contemplate giving up their pseudo-religious practices of surveillance. The fear of US surveillance doesn’t restrict itself to the American shores. Recently, concerns have been raised within the European Union about the far reaching hands of the US departments of surveillance. Angela Merkel, the German is at the forefront of the European Union’s counter-tactics where she claims it’s imperative that Europe protects its citizens from the overbearing power and reach of US intelligence agencies.

As a result of the recent furore over the US’s undeniable intrusive powers, a new data protection policy called the “Schengen Cloud” has been devised. The Schengen Cloud aims at improving on the privacy risks the European geographies face from the US by simply utilizing a Europe-only network system, completely omitting the need for American players as middlemen.

While this bodes well for data protection on the European side, it is harrowing indication to companies and cloud providers in the US, who stand to lose billions, as a result of European companies choosing to pull out from buying their services. The future looks bleak for American companies looking to rake in business from the European geographies. Inevitably, the US has to contemplate waking up to adjudging the duel: Security vs Privacy.